What a fantastic story! It is a quick read, and I could have finished it easily in a day. If I wasn’t trying to move, homeschooling, and working, that is.

I did not get to see the movie while it was in limited theaters, but I will be purchasing it on Valentine’s Day when it is released to DVD.

If you have daughters, sisters, nieces, or any young woman in your life that is important to you; this is a must read. I became familiar with For King & Country because I only listen to Christian music in my vehicle. Although I cannot control what my girls listen to when I cannot monitor cell phones, computer access, I refuse to listen to the crap on the radio that is degrading while they are with me.

Now I don’t care what my 2 youngest girls may try to say; we had an amazing time at this concert and rocked it out! Yes; Christian music rocks. We had perfect seats, and literally had the band right behind us at one point.

Priceless the song, and Priceless the story are amazing, and whether you are an agnostic, Christian, Atheist; it does not matter. This message is universal. Seeing them Live? That was Priceless!

I have had this for a while; and I am sorry I did not read it sooner!

I will definitely have some thorough feedback and a review; but if you are religious in any manner, you need to read this! 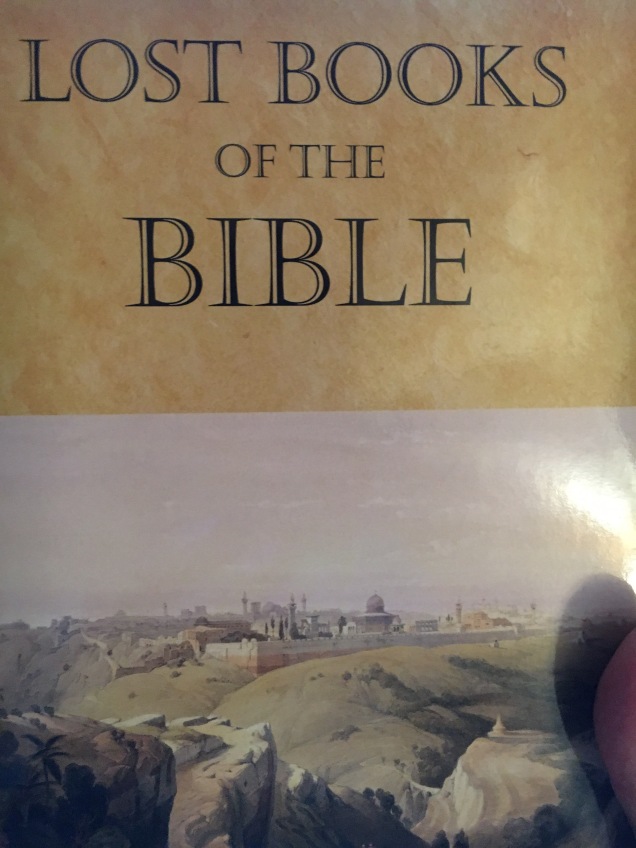 …or a first read, if you have not experienced it yet.

I reviewed this book a while ago, but since I have changed my theme on my blog, I can no longer search for previous blog posts.

I found this review very interesting, as the author seemed to think I did not enjoy the book as much as I really did. Online communications, yes?

I was skeptical when I began the story, but as I kept reading, and saw the amount of research that went into this story, and how everything just added up…

Truly a great read; whether you are a Christian, Atheist, Agnostic, Catholic, formerly any of the above, or any in between. Yes, even Hindu, Muslim, or a Jehovah’s Witness…

If you like facts, and math (I hate math; still a brilliant read), research, facts, astronomy, and history, this is certainly a story worthy of your time.

This is a fast read that involves many different characters, all at different points in their lives, but also all connected in one way or another. A middle-aged married couple who have everything they ever wanted, and feel like “Is this it?” A young widow who lost her husband in Iraq, and is raising two young sons. A new pastor in town who is getting the feel for the members of the church. Another married couple who have never been able to have children, and are now looking to adopt.

The whole idea of Start With Me is right on the back cover: “In a hurting, broken world, one person can make a difference!”

As each of these people go on with their busy lives, along with other characters in the story, they slowly see opportunities to help someone in need. Or someone with a need who can not see it themselves. The smallest kindness, gesture, or even a few words, really can change a person’s day. It can also change their outlook, their attitude, and the way they view the world.

One person really can make a difference. And if many persons make those small differences, just imagine how much more wonderful things could be in your neighborhood, your town, your state, the world? I often feel like there is something I should be doing to help others, more than donating time and money. I pray about it daily, that I will see the opportunity or calling when it is presented to me.

If you are in need of a powerful, uplifting read, this is a book you will be glad you spent a quiet afternoon with.

Some of the best books I have read are ones I stumbled upon, and this one is no exception. I actually came across this book on a free ebook site, and due to the quality of this story, I am hoping (and going to suggest) that the author get this book somewhere where it can make the money it justly deserves to. 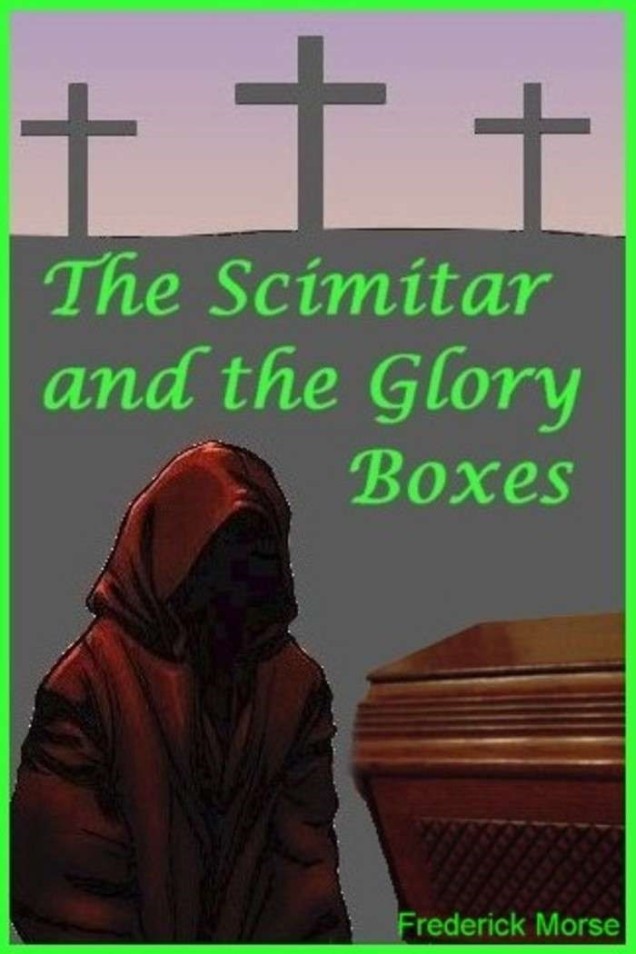 This story takes you on a 2000 year journey that begins with one person trying to obtain the 3 iron nails, and the wooden cross, that were used to crucify Jesus Christ. One man’s journey turns into a journey through the ages, with people hired for the entirety of their lives to track the history of one young girl who experienced stigmata when she was near the holy relics. They were tasked with tracking her family lineage, and passing on that duty to others that could be trusted, and it was made clear that this was a job that would never end. And it did not end. They knew this family’s bloodline would be one that could likely find these relics, no matter how much time may pass.

The iron nails were melted down and used to make a scimitar. The cross was cut down and made into three Glory Boxes, or what we would in today’s time call a Hope Chest. This scimitar enables the owner certain supernatural powers. Currently hid in the desert, it is being tracked both for the right, and wrong, reasons. Dependent on who it is that is searching for it.

This is one story where I do not want to give too much away, and certainly no spoilers. But I assure you, if you enjoy religious based stories, religious historical ideas, and mystery and intrigue, this is a story you will want to read. It is less than 160 pages, and I promise you will not want to put it down once you begin reading it!

I found “A Beautiful Family” to be a great read for me. It was not only entertaining, it was also educational. The story takes place over decades, going back and forth through different time periods, with each main character having a few chapters where the story is told from their point of view, before moving on to the next character, and a few chapters with their point of view. This actually lent to the flow of the story, and did not confuse it or make it difficult to read, as you may think from reading my descriptions of how the story was composed. 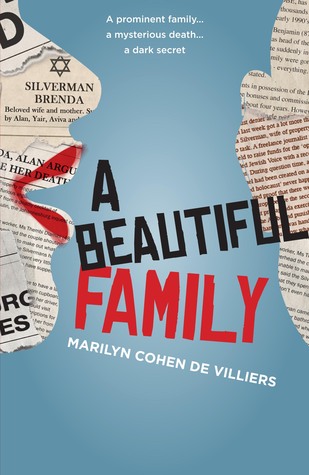 This story takes you through the life of a young Jewish couple, Alan and Brenda Silverman; the husband being over-achieving in his business dealings, and far from adequate as a father and husband. Brenda and their three children are also part of the story, as well as friends who were very dear to Brenda. This story takes place in a couple different locations, the main one being South Africa. The Jewish beliefs, religion, and lifestyle is very much a part of this story, and I definitely learned some things about the Jewish religion that I was previously not familiar with.

The focus of this story is how this family evolves as they go from young lovers, to young married parents, to spouses who no longer get along. Although the fact that they are Jewish is a major part of the story, it is nothing that overwhelms the story or takes control of the plot of the book. If you are not familiar with a Jewish lifestyle, you can, and will, still very much enjoy this story.

This is a good sized read, but definitely worth it. As I try to not give away spoilers, I will just say that Alan Silverman has made quite a name for himself within the Jewish community; a community who believes that no one who is Jewish would commit crimes and sins against their fellow man. The façade of a life he had created slowly begins to crumble around him, and he keeps trying and trying to make it go away. A lengthy court hearing brings everything to light, and puts an end to one man’s control and abuse.

I apologize to anyone who is Jewish if I misspoke, misquote, or misused any Jewish terms in this review. Although I did learn a lot from this story, I am certainly no expert. I am of the Lutheran religion, that is what I know very thoroughly. 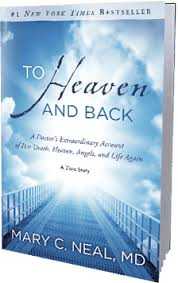 Mary C. Neal, a highly skilled Orthopedic surgeon, drowned in a kayak accident. A trip down a waterfall found her pinned underwater, unable to be rescued by her companions before she drowned. This trip led to another profound trip that would change her life forever.

Mary wasn’t raised in what some may consider an overly-religious environment. She knew who God and Jesus were, but her family’s religious activities did not move beyond attending church on Sunday. The divorce of her parents at a time when divorce was still uncommon, 1971, filled Mary with embarrassment and an overpowering desire to drive away any man who was interested in her mother.

Allowing her life to spin out of control, drugs and alcohol became a part of her teenage life until an automobile accident would change her life. A missionary trip to Mexico would put her on the path to her future medical career.

As an adult, Mary had the ideal family life; the white picket fence with all the extras. After the kayaking accident, her brief trip to heaven had her feeling joy and love that she still finds difficult to describe. She was saddened when she was told it was not her time, and she had to return to Earth, and her body.

This was the beginning of a very difficult, very intense healing process for Mary, both physically and emotionally. Like others who have had this experience, Mary did not want to be on Earth, she wanted to be in her heavenly home. It was not that she did not love her family, it was due to the profound feelings she experienced while in heaven.

A premonition from her son that he would not reach his 18th birthday indeed came true, and brings another aspect to this story of how her experience helped her accept and handle such a devastating situation.

This book is one of several detailing life-after-death experiences. It does have a fairly strong religious overtone to it, but it is certainly not bashing you over the head telling you to “repent and be saved!” I do have a strong faith, but have also had others who are not religious read this book and tell me they thoroughly enjoyed it.