This! Thanks so much Roy Bright; cannot wait to dig into book 2! 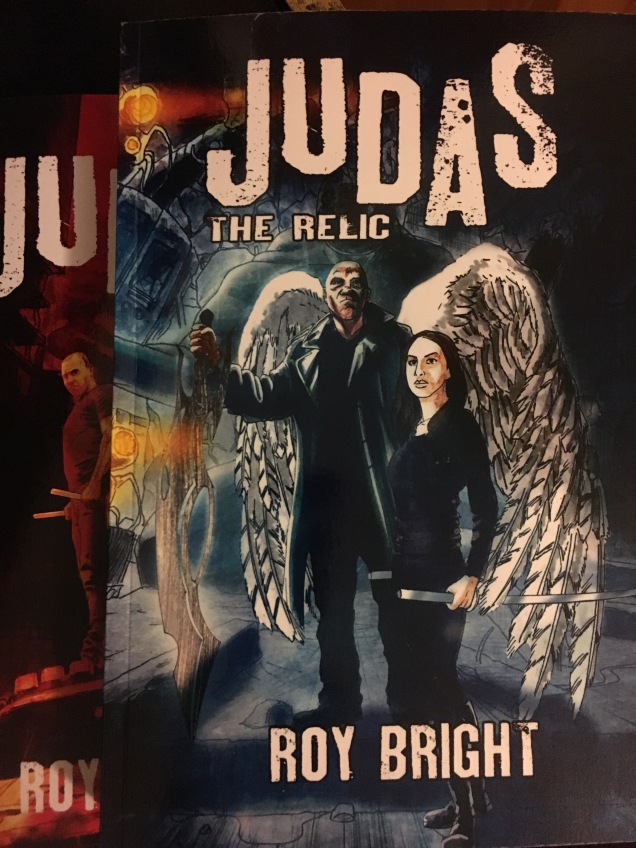 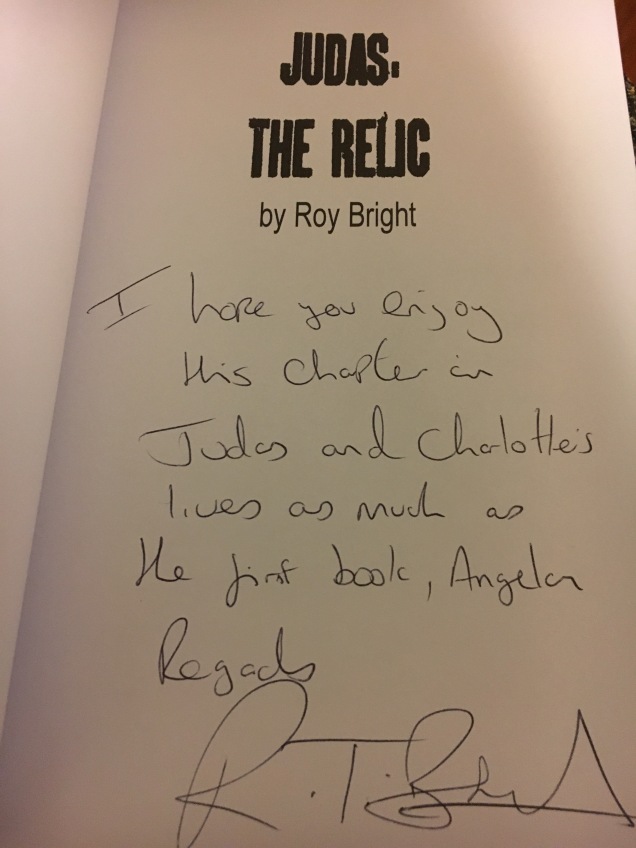 This is not a book I read before, and it has a published date of 1990. I am very surprised I never read it, as I graduated in 1990, and I spent my middle school and high school years reading everything he published.

Anyhow….It was a great story, along the same lines as all of Mr. Johnstone’s Horror genre.

A little bit of supernatural, a lot of hometown-feel-good-connections. A whole lot of creepy things going on; blood and gore included.

People acting strangely, hearing thunder that shouldn’t be rumbling. The Fury, as it came to be known, was an evil presence that was controlling a town. But several deceased persons were fighting the fury on the other side. Sand and Morg and Joey. Howie is young, but he knows his stuff, and finds ways for them to communicate with Sand. His sister Angel is a strong force as well. Their parents are done for, as is most of the town.

One thing I loved the most about Mr. Johnstone’s stories is that young kids always played a major role. They were not dismissed for their age; but respected for their abilities. (Maybe I got pushed down one too many times for being who I was???)

I enjoyed the book, but it is not one I would read again. It was definitely worth my time, and I do not just say that because I had a personal communication with the author 🙂

What are your favorite horror stories that still keep you awake at night? I will be reviewing mine very soon!

I have many things to add, and many projects in the works. But with the help of a WordPress technician, my store finally shows up! Top of my page, click on “store”.

I am homeschooling a 10th grader, have another going to public school in 7th grade, and another MBA class starting for me on September 22. I am editing a fantastic book that I cannot wait to introduce to the masses, and still reading for enjoyment to post some book reviews.  Oh, and I work about 45-50 hours a week; did I forget to mention that?

I have the most understanding boyfriend ever, because my life is just crazy busy, and he accepts it! I am looking forward to Autumn, the most awesome time of the year! I will be holding a raffle for a couple of book bags with a great Halloween story, mug, hot cocoa or tea, and a smelly pumpkin type candle. Stay tuned!

Thank you for your support, your kind words, and your amazing stories!

Enjoying my 6 week break from college classes for my MBA!

Editing an awesome book by a new author and  cannot wait to share it with you!

Creating great gifts for book lovers for my store!

My blog page has had some issues; i.e., I paid $299.00 for a business blog only to not be able to use all of the options. WordPress was amazing as always, and we worked it out.

The downside? I cannot get rid of the link in my blog to my store which no longer works…and I need to create a new link.

So what I am making right now are book boxes. I am working with paper mache as I look for a good supplier of wood products.

I have keychains, book bags, and book ends.

And I am holding a raffle in the Fall with a book bag, a fun Halloween themed book, some hot cocoa or apple cider mix, and something that smells awesomely pumpkin! I will be giving away a few of these! I love to share, and we are almost to my favorite time of year!

Finally! I managed to get this book finished, and I was not disappointed. Bill Hodges is still not finished with Brady Hartsfield. Apparently, Brady is not even close to being finished with Bill,  either.

You’ll find familiar faces here from the first two stories (Mr. Mercedes, and Finders Keepers), as well as some new characters. The story focuses on Hodges and Hartsfield both being able to put an end to the twisted ties they have to each other.

Which says a lot, because Brady Hartsfield is supposed to be in a vegetative state. A Doctor at the hospital sees the perfect opportunity to use Brady as a guinea pig for an experimental drug for those suffering from brain injuries. Apparently the drug should be approved, because it seems to work. Whether the extra benefits Brady experiences are due to the medication or not is questionable.

Brady is determined to make Hodges, as well as those nearest and dearest to him, finally pay for interfering in his twisted plots of death and destruction. And Hodges has enough on his mind already. Holly and Jerome once again team together with Hodges in what is the perfect ending to this trilogy.

What did you think about End of Watch?

…so I was kindly contacted by WordPress (no sarcasm here; I was glad they called me), letting me know my Business plan I paid for last year was about to expire ($299.00). Did I want to renew? Um; no; I didn’t. Through no fault of their own, I had some issues getting my store part of the business page working correctly, and I was not seeing the benefits I expected.

Some mistakes were on my side, and the person I talked to was kind enough to at least credit me to get some new things going forward on my plan so I did not lose all of that money.

So a few lessons here; my page is changing…again. I am trying to remove my store from my WordPress page, because I am literally not getting emails when someone contacts me, or buys something from me.

And Thank You to my customers who have been more than forgiving through this.

The Business account should expire shortly, and I am working on an Etsy store for any editing needs as well as merchandise all about books, for both writers and readers alike. Until then; you are going to see a Books & Opinions page still hanging out here that I cannot connect with.

And how is your Monday going?

One of the few books (now), that were actually written by VC Andrews; I remember this book from 30 years ago, and how much I loved it.

So I read it again; and loved it just as much. Poor sweet Audrina was manipulated and made to believe a life that was never real. 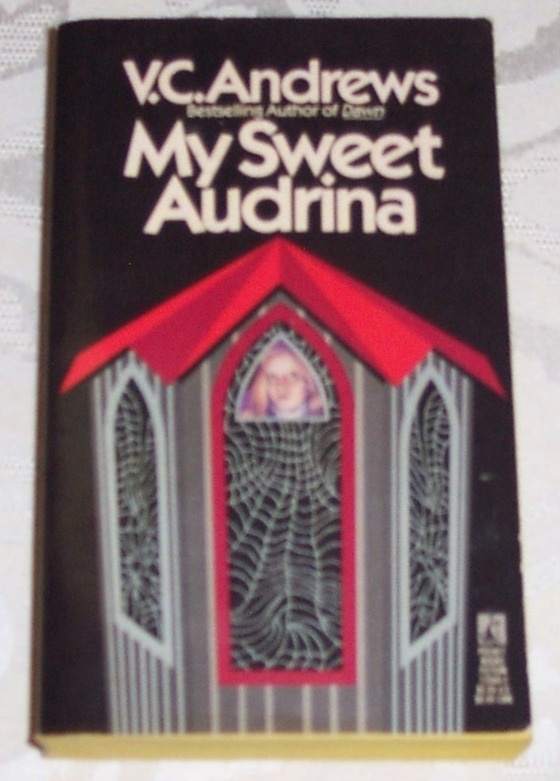 But she has grown up; and fought back.

Fought against her father, her half-sister, and everyone else who wanted to destroy her.

If you want a good weekend read; this is definitely it.

I will honestly tell you right now that there is a sequel to this story coming out this summer, written by who knows who.

But they had the first few chapters at the end of this eBook, and I had to write to Simon and Schuster.

The errors were ridiculous. The story did not follow anything that was in the first book; and I am honestly debating buying this sequel. If I buy it and see they did not fix the neon-flashing-glaring-issues I pointed out….well; I’m just going to get mad.

It is hard to read a story so full of sorrow; but it is also what sucks me in from the beginning.

Do you read VC Andrews? Have you read her way back when?

I would love to hear what you think about the “changes”.

For further information, you can also visit:

If you are able to make this event, I would love to hear how much you enjoyed it!

Okay, I have to say I got sucked into this book just like I would get sucked into any VC Andrews’ book when I started reading them 30+ years ago.

Mayfair Cummings is a 16 year old with an IQ that would make Albert Einstein jealous. She had the perfect family life, until her mother died from an aneurysm. Her father got remarried, and she suddenly had a step-mother and a step-sister.

I like to avoid spoilers, but this is the standard fare that you expect from VC Andrew novels. It is full of suspense, and I definitely had it read in record time.

I’m just going to give you one example, and it is a single sentence. Although I am not including the sentences before or after it, this sentence is not going to be misunderstood because you don’t have those sentences with it. This is a sentence that was meant to stand alone, and make sense.

I have this tendency to compare Julie to animals often.

That’s it. That one sentence. Maybe I am being too picky, but there are so many other correct ways that sentence could have been constructed. There are a few of these poorly written sentences throughout the story.

With all of that said, I will definitely be reading some more VC Andrew books that I have not read before.

Wrote: numerous Kay Scarpetta novels, starting with Postmortem, as well as The Body Farm, Potter’s Field, and numerous others, with the latest being 2014’s Flesh and Blood. She has also written a couple other series, but no where to the extent of the Scarpetta series.

Awards: Too many to list them all, but they include the Edgar Award, Sherlock Award, and British Book Awards.

Personal: Patricia married one of her professors shortly after graduation, and divorced 9 years later. She was in a relationship with a married female FBI agent before meeting and marrying Staci Gruber in 2005.

She suffered with Anorexia Nervosa and depression, as well as bipolar disorder. 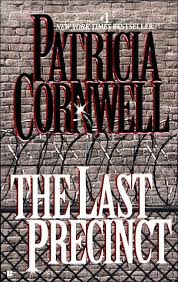